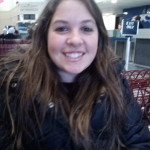 “Definitely student loans would be a big one. They’re kind of outrageous. The interest rates are really high. It would be nice to get lower interest rates on private and federal loans.”
(Laura Massa, 23, of DeWitt, event planner for Drumlins Country Club, Democrat.) 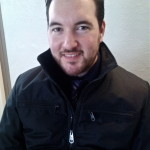 “Health insurance, obviously, number one. The Obamacare situation doesn’t seem like it’s necessarily moving in the right direction at the moment. You have a lot of questions with people’s jobs at the moment as well. Economic growth — the Dow Jones seems to be improving but it doesn’t seem like people are necessarily happy with their job or their lifestyle or their housing.”
(Marc Spatola, 30, of Holmes, N.Y., production designer at Lake Effect Applications, Republican.) 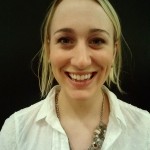 “Education reform. I think that is the foundation of where a lot of our problems come from in our society. If you work with kids when they’re young, you help alleviate a lot of other problems. So two-birds, one-stone kind of thing.”
(Anna Holding, 22, of Syracuse, sales lead at Ann Taylor Loft, unaffiliated with a political party.) 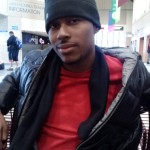 “The overall price of living should be decreasing. Minimum wage is slowly raising but they’re going to raise the price of a lot of other things. It’s not that much for college students like us. I want the promises that have been made to be followed and to focus on the lower class of people. Do something so the generations afterward can have some sort of financial security. I don’t know what I’m supposed to be doing in five to 10 years and that’s the sad thing even though I’m a college student.”
(Lucki Cooper, 19, of Brooklyn, student at SUNY Oswego, unaffiliated with a political party.) 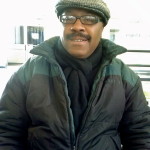 “Education. I believe that many, if not all, of our social ills will find their source in education. I think the education system has failed so many people. The city schools barely graduate half the students. I think on a higher-ed level, I think it should be free. I think that if you demonstrate the ability to go to college, I don’t think students should be saddled with debt forever. If anyone is going to lead society, it’s probably going to be those who went to college and we should support that rather than penalizing them for the rest of their lives”
(Lester Bryant, 54, of Syracuse, owner of Bryant Writing & Consulting, Democrat)

(Avery Hartmans is a senior majoring in newspaper and online journalism with a minor in English and textual studies.)