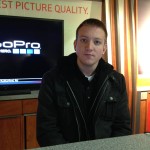 “First thing is, I expect this affordable care to fail. There are a lot of young kids they are still not going to enroll in Obamacare. The next thing would be medical marijuana. It would be be a great idea to legalize. Because it will reduce crimes a lot. The government spends so much prosecuting marijuana-related charges, sentencing marijuana-related criminal. So I think it will save a lot of money and stimulate jobs. Another thing would be college athletes getting paid. I think would be a nice idea to have some type of money, maybe a couple of hundreds dollars a week but not anything crazy that they just make out these and forget about the education.”
(Rich Carpenter, 21, of Ilion, N.Y., sales associate of Verizon FiOS at Destiny USA, not affiliated with a political party) 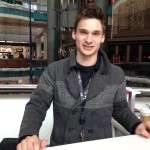 “We are going to go with the decriminalization of marijuana. Immigration reform and bring the soldiers home. I want people to be safe, sound and happy in America. I want government to do it.”
(Shane Dimaggio, declined to give age, of Syracuse, sales associate of T-Mobile at Destiny USA, Democrat) 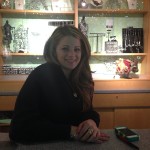 “I voted Obama and I regret it now, because I don’t agree with his Obamacare. Definitely the healthcare, because it’s impossible to get. I’ve been trying for months. I’ve faxed over and over to get my son on the insurance. I can’t get anyone on the phone and the website has crashed three times when I tried to submit. My hope for the government is that they would find a way for everyone get what they need.”
(Alissa Giannino, about 30, of Baldwinsville, manages a jewelry kiosk at Destiny USA mall, Democrat) 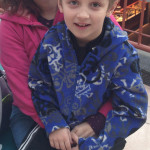 “I would like them to figure out the healthcare. I’d love to have universal health care figured out. I’d like them to stop cutting school programs. I think they need pop music and sports and things back where we were, because we’re not going to have well-rounded children anymore.
(Leslie Meagley, 37, of Syracuse, developmental health aide, Democrat) 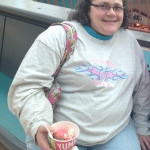 “Healthcare is a very important issue, a huge issue for a lot of people. School staff could be an important one, as my daughter is getting older. The government should try to help people get more jobs.”
(Erica Drake, 36, of Syracuse, stay-at-home mom after 11 years in retail, not affiliated with a political party)

(Mei Wang is a graduate student in magazine, newspaper and online journalism.)