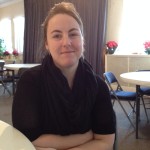 “People come from all different kinds of backgrounds. So anything our community can do to even out the playing field for people – whether it’s because they grew up with certain family issues or they suffer from historical race problems – anything the community can do to help out in that way. Benefits are wonderful. We need health benefits, food stamps and helping support things like community centers because they provide something crucial.” 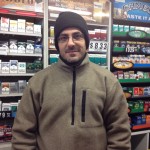 “I served in the U.S. Army from 1998 to 2004. I got out because we were doing too many tours. I did two and I figured that was enough for me. Just looking at the news it’s getting worse and worse. People don’t see it in the news but troops are still stuck out there. When veterans come back, we need to keep in mind what they went through and hopefully we have got a job or them. We sacrifice so much. We are basically fighting for our freedom but people tend to forget that we still have troops out there. They think the war’s over because it’s not on the news. But in reality Iraq and Afghanistan is still full of Americans. The U.S. should help troops and bring them back home.”
(Magdi Almagrabi, 39, of North Syracuse, owner at Grabys Minimart, unaffiliated with a political party) 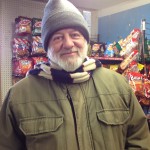 “There’s a lot of development going on in Syracuse. There’s talk about this new dome and I wonder if it’s the best place to spend that amount of money. Maybe there are other things as far as the infrastructure, the roads, the sewage system, water system, the schools. I don’t pretend to know all of the answers but those are questions that could and should be looked at.”
(Larry Hoyt, 64, of Syracuse, radio host at WAER, registered Democrat) 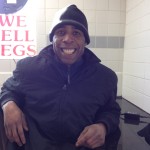 “I wish government would change their outlooks on homeless people. There’s a place for them and it’s not on the streets. Let’s employ them to do jobs like landscaping jobs. Maybe that could be a start to building up the community. When that happens, that’s when the economy for Syracuse will become better – stronger and greater and even crime will go down. But that won’t happen until someone takes the necessary steps.” (Larry Jackson, 39, of the Westcott Neighborhood, employee at Westcott Grocery, registered Democrat) 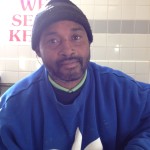 “I care about the crime rate that’s up. I have young kids and I don’t like all the shooting and drug peddling that’s been going on. I moved here in 1964 when Syracuse was a nice area to a raise a family but now there’s drugs and young kids have a lot of programs being cut. After school programs, some of the centers have been cut and I feel that that needs to be addressed.”
(Darreyl Pettyford, 55, of the South Side neighborhood, subcontractor at The Westcott Grocery)

(Anna Giles is a junior with dual majors in broadcast and digital journalism and international relations.)