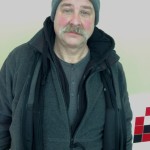 “I feel that underprivileged and homeless people should be entitled to housing in the U.S. It would take a lot of people off the streets and there would be a lot less problems and crime. And just in general people just need to be off the streets. I think everybody should be entitled to housing.”
(Ricky Carocci, 56, homeless, unemployed, was Republican) 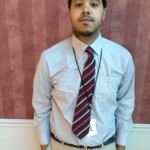 “I would really love it if there was more job opportunities. That’s just the number one thing. It’s hard—this period for jobs. The unemployment thing is like crazy right now.” (James Hunt, 24, of Syracuse, tax preparer, unaffiliated with a political party but voted Democrat in the last federal election) 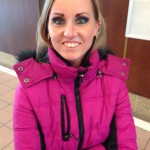 “Probably the healthcare thing. It’s just so expensive. And there’s so many countries that have free healthcare. It’s just strange that we don’t after all this time.”
(Kim Murry, 34, of Syracuse, sales associate at J.C. Penney in Shoppingtown Mall, Democrat) 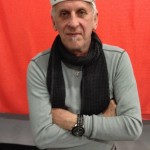 “The inability of—on a federal level—Congress to work together and achieve anything. Since Obama’s gotten elected there’s been a stalemate. There’s been very partisan Republicans vs. Democrat. And there’s no middle ground unless there’s a desperate situation. They don’t seem to work together. And they were all elected to serve the people and they’ve kind of forgotten that that’s what their job is.”
(Anatoli Truskalo, of Syracuse, refused to disclose his age, describes himself as a “photographer of extraordinary people,” unaffiliated with a political party) 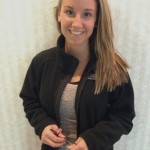 “I would say more community programs because I do elementary education and I think that enrichment programs really help kids. I feel like after-school programs or programs on the weekends help kids because it kind of gets them to think more about what they want to do with their life, and opens them up to more options and brings things to them that they didn’t realize were there or didn’t even know about before.”
(Jordan Pizzi, 25, of Cazenovia, graduate student in early childhood education and teaching at Mercy College, Democrat)

(Pablo Mayo Cerqueiro is a graduate student in magazine, newspaper and online journalism.)