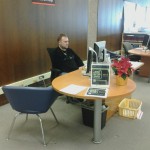 “I think they need to reinvest in healthcare.The Affordable Healthcare Act, it’s obviously not working. It’s not doing what they said: be more affordable. It’s actually more expensive for many people.”
(Matt Reschke, 31, of Syracuse, library technician at Bird Library, unaffiliated with a political party.) 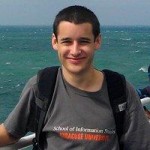 “Something that’s obviously an issue is poverty in the area. There’s a lot of people on the streets. Not just throwing people in a shelter, but actually give them more opportunities to work up into an actual paying job.”
(Ben Slutzky, 22, of Manlius, incident manager at JP Morgan Chase, registered Democrat.)

“I’m very much opposed to the Obamacare. It’s become more or less socialistic. I’m more of a capitalist.”
(Gary Mack, 68, of Watertown, municipal accountant for city of Watertown, Republican.) 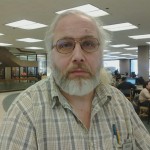 “There’s the question of I-81 for Syracuse relocations. And also the sports stadium that is being talked about. I think it’s significant.  And also the trend towards consolidation of police departments.”
(Richard Coombs, 54, of East Syracuse, computer consultant for the Baldwinsville Public Library, Democrat.) 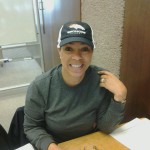 “The state of our education system – turning into a disaster. And that would be the primary education: elementary, middle school, and high school, as well as the cost of college becoming unaffordable to law citizens.”
(DeBorah Little, 50, of Syracuse, president of Touchdown Presentations, Democrat.)

(Ben Peck is a senior with dual majors in broadcast and digital journalism and finance.)