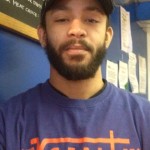 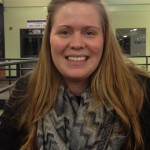 “I come from a military family. I am in the reserves myself and a lot of my family members are in the military. And so as far as the economy goes, I feel as though, like, the military puts a lot into the economy. Because whenever I see someone that’s like, ‘I’m gonna slash funds for the military. I’m gonna slash funds for education.’ And I’m like, ‘Well, you’re going to be slashed from my list of people I’m voting for probably.'”
(Lauren Pyland, 23, of Syracuse, activities coordinator at Park Terrace at Radisson Assisted Living & Memory Care, registered Republican) 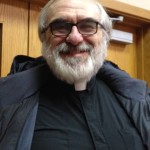 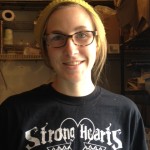 “Nutrition policies. A lot of them are very based in lobbying and stuff with the USDA and everything like the, you know, cattle, beef, pork, everything – they have their own lobby in Washington that determine what policies get passed and what don’t. And that’s not really what’s best for health.” 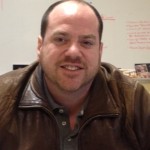 “In general, it’s become something akin to sports fandom – you’re either a Yankees fan or a Red Sox fan, and you’re just rooting for your side to win. No one actually discusses the issues anymore.”
(Joe Agovino, 42, of Syracuse, director of community development for the St. Thomas More Foundation, declined to share political affiliation)

(Kristen Eskow is a junior majoring in broadcast and digital journalism.)