“I don’t really believe that Democrats and Republicans are separate parties. I just think they play back and forth off the American people like good cop / bad cop just tokeep us in check with some drama to talk about.”
(Duane Matlack, 31, of Sylva, N.Y., carpenter, Libertarian) 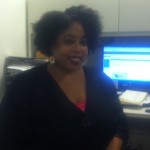 leverage and balance not only just getting an education, but how they can pay it back. And all this interest on student loans is really ridiculous – like  the default rate, is really ridiculous. And it’s just setting up people to debt for the rest of their lives. To be well educated, but to be in debt for the rest of their lives.”
(Sherri Williams, 39, of the University Hill area in Syracuse, adjunct professor at Syracuse University, unaffiliated with a political party) 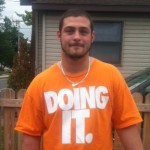 “I hope that they don’t cut the unemployment like I know that they are talking about doing or might have already done, because I’m trying to get it once I get done working. And I aslo hope they figure something out for Social Security, because I know that at the rate it is now there won’t be money there really for me to collect as the way that it goes now.”
(Anthony More, 21, of Oneida, college student at SUNY-Osw

ego, unaffiliated with a political party)

“To me it doesn’t feel like they are listening to regular people’s concerns and more interested in what each other has to say.”
(Tabatha Teepell, 29, of Oneida, cashier at Sylvan Beach Amusement Park, De

“Actually, make some more jobs, but not even that! Stop the big companies from leaving and going oversees with the jobs.”
(Sherene Heath, 37, of Syracuse, hair stylist at Curlz salon, Democrat)

(Janine Mack is a graduate student majoring in broadcast and digital journalism.)

This entry was posted in Fall 2012. Bookmark the permalink.