“First of all education.  Second of all would probably be social welfare issues or more specifically other programs such as road building and infrastructure.  Third would probably be international diplomacy and more use of multi-lateral action.”
(Andrew Teller, 32, of South Syracuse, chef, unaffiliated with a political party) 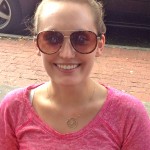 “I think health care – healthcare for sure. I think making sure that every child is fed, well educated, just taking care of the children of our country because they are the future.  And I’d like us to be a little bit better involved internationally.  I think we’re very self-absorbed when it comes to making international decisions. So I’d like us to see more heartfelt decisions if that’s possible in politics.”
(Elizabeth Johnson, 23, of Baldwinsville, waitress at Applebee’s, Democrat)

economy and jobs, the deficit and how about the restructuring of social programs like Social Security, Medicare, Medicaid.  Debt for our kids in the future.”
(Mark Rivett, 41, of Auburn, salesman for Mulrooney’s pub, Republican) 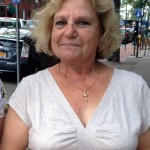 “Medicare, health and Social Security so when I retire I’ve got money there.”
(Agnes Lezzaro, 56, of Brewerton, account payable employee, unaffiliated with a political party) 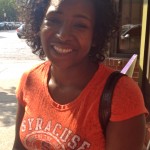 (Kristen Beatty is a senior with dual majors in broadcast journalism and political science.)

This entry was posted in Fall 2012. Bookmark the permalink.