Street Cameras Credited with Lower Crime; Still a Privacy Concern for Some 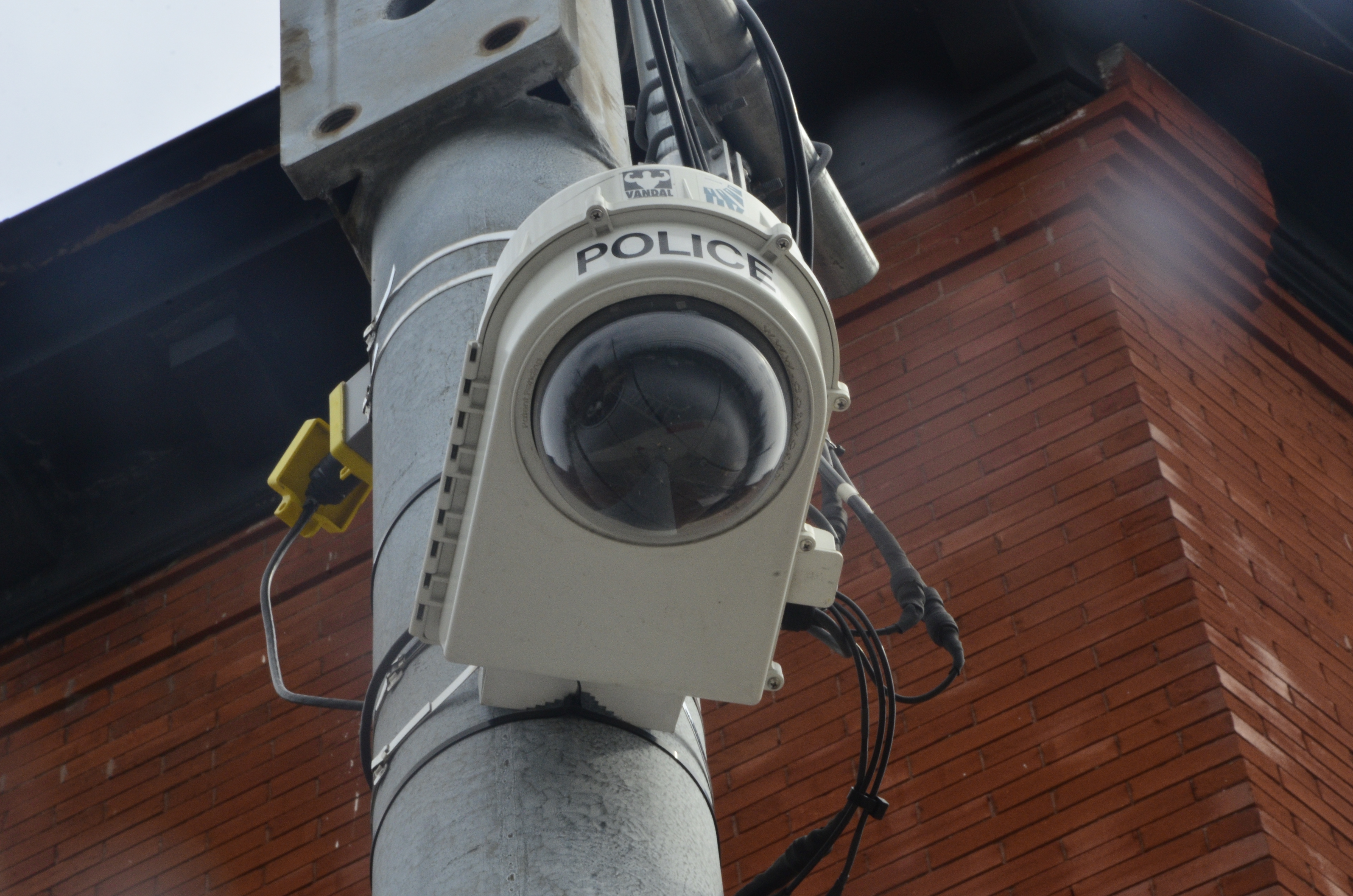 A surveillance camera at the intersection of South Geddes and Gifford streets. (Madina Toure)

Surveillance cameras on the Near Westside of Syracuse are helping to make criminals uncomfortable, say many city officials and neighborhood residents.

The areas with the cameras right now have seen a reduction in overall crime, Syracuse Police Chief Frank Fowler told the Common Council in mid-April.

In its 2011 annual report, the Syracuse Police Department gave some specific statistics:

In April 2011, the first nine public street cameras were placed on the Near Westside. City officials chose the site based on the number of shots fired complaints, the report said.

In an expansion of the surveillance-camera program, the Common Council recently approved the spending of $100,000 for eight or nine cameras along Butternut Street on the Northside and $50,000 four or five cameras in Skunk City on the Westside, The Post-Standard has reported.

Despite the police statistics, some skeptics of the surveillance cameras dispute a link between less crime on the Near Westside and the installation of the cameras.

“Crime is caused by myriad factors and any social science researcher will tell you that nobody can pinpoint a causation, an increase or decrease of crime,” said Barrie Gewanter, director of the Central New York chapter of the American Civil Liberties Union. The group has long criticized surveillance cameras as ineffective and as an erosion of civil liberties.

And it is not enough to prevent criminals from committing a crime a second time, said Jean Kessner, a Democrat and Common Councilor At-Large.

“I recognize the value of that but I’d like to see the value of people not having their homes burglarized, of not being mugged,” Kessner said. “We’re settling for, ‘Well, we can solve it,’ when I’m thinking we should deter it.”

The neighborhoods need police officers who are familiar with them, said Kessner, Common Councilor At-Large. “I think that we should be looking at ways to have police be members of the community who knew what kid was supposed to be home at what time, what their parents were doing, how you got in touch,” she said.

The cameras may be pushing crime into other areas, said Karaline Carr, a Westside resident and a member of the police committee. She has seen drug deals taking place on Gifford Street, Carr said. “Maybe 100 feet from the camera, I’ve seen a car pull up and a group of men go over to the car and sell drugs,” Carr said.

Carr and others suggested more social interaction between residents and police officers to help deter crime. The police committee hosts a pancake breakfast where police officers and residents bond over breakfast, said Carr. “People who eat together grow together as a family share respect for each other as opposed to meeting each other on the street,” she said.

But some say it’s enough that making regular criminals uncomfortable is enough. “If it can prevent one person who already committed from committing another one, that’s fine with me,” said Patricia Body, a group facilitator for Northside Tomorrow’s Neighborhoods Today group and chair of the Danforth-Pond-Butternut Task Force.

On potential civil liberties violations, some residents are more concerned about their safety, said Lori Covington, center coordinator for the Southside Family Resource Center. With at least seven shootings on the corner of Colvin and Midland Streets on the Southside, she said, residents put less emphasis on civil liberties.

“They don’t care about that crap,” said Covington. “What they want is the battling to stop.”

(Madina Toure is a graduate student in magazine, newspaper and online journalism.)

This entry was posted in Spring 2013. Bookmark the permalink.